We live in an awesome community.  There are several Facebook pages set up to alert the hood on various issues – crime, items for sale/giveaway, things to be aware of (road closures) as well as missing/found pets.  When I see an alert for a missing pet my heart always skips a beat which then usually makes me realize if one of mine went missing the result would be full on cardiac implosion.  I panic if I drop the leash by mistake. When I see a post by someone who has found a dog and taken them in until the owner can be found, I think – wow, I love where I live!

The ‘found dog’ posts always include ‘I fed the dog so that he/she didn’t go hungry’.  I cannot stress enough that my joking that Melvin is allergic to earth is actually truth.  For years now I have thought about getting him a medical alert tag — I’m not sure what has taken me so long. In four-and-a-half years I have taken him to the vet well over 100 times, bought him over 20 beds; he has 9,000 Sirius Republic collars and almost as many Tiennot Sweaters and yet he does not have a $10 medical alert tag.  Bad mom award, me! 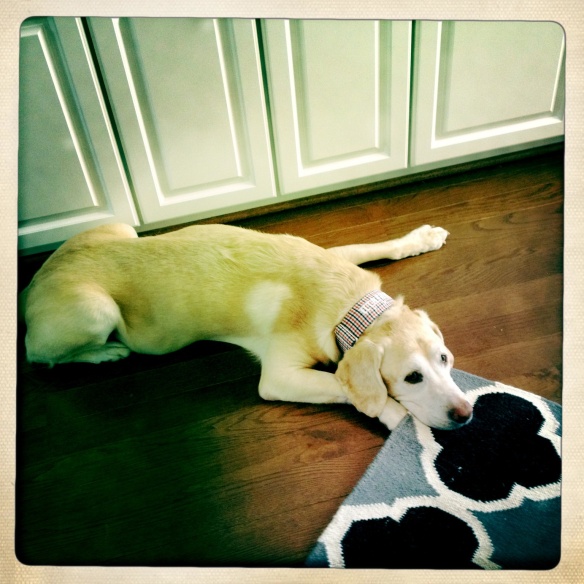 Please feed me, I mean don’t feed me.

On an equally alarming front, this past week several people have told me about stories they have heard about French Bulldogs being stolen from their owners.  One just this past week in Tampa, a man was approached at gunpoint and the only thing the thieves took was his Frenchie.  What????!!!!

So when I ordered Melvin his medical tag that has “medical alert” on the front and “severe allergies – don’t feed” with my number on the back, I got two. I figured 1. If Melvin ever went missing, he would be safe until paramedics were able to paddle my heart back to life and, 2. thieves would think twice before selling a special needs, googly-eyed Frenchie on the black market.  Of course both boys already have IDs with my number on it, now they just have two!