Jake was a complete terror this weekend.  You might be saying ‘wow, that seems harsh’. Trust me, I’m downplaying it out of unconditional love for him.  I’m not sure what his problem was.

When I’d call his name, he’d ignore me.  When I’d go left, he’d go backwards.  I spent time staring at him just so I could find something to give him positive reinforcement on.  That moment never came.

It was so bad that Melvin, after nine months of peaceful toleration of Jake, even caved.  Jake was tormenting Melvin while he was trying to sleep and all of sudden…the lion was awoken.  And it was not the baby lion from the Disney movie.  I had a front row seat and I have to admit, It was pretty amusing.  Jake look terrified, the last thing he expected was for Melvin to spring to his feet and issue a stern, clear and concise, verbal warning.  Jake sulked away to lick his emotional wounds.

This is Jake, post Melvin correction. He’d wait for Melvin to clear the stairway before he’d come downstairs…

Then, as all families tend to do, we rounded out the weekend with a group hug and moved on. And Melvin allowed one of Jake’s dreams come true.  Butt-to-butt snuggling with his brother. 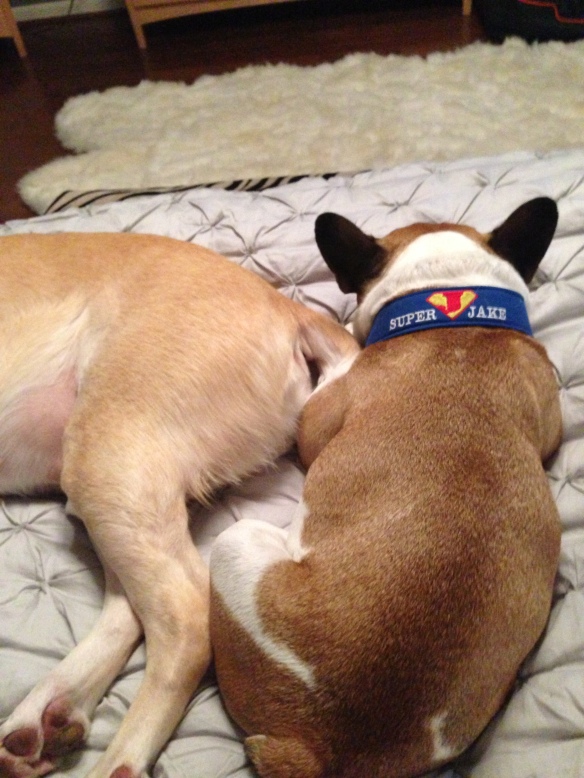 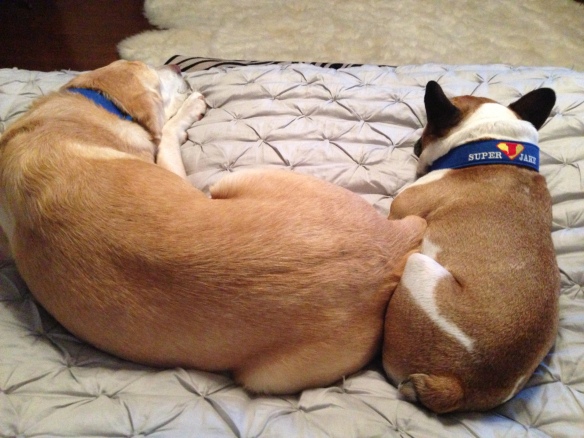