Jake needed a car seat (for safety) that was also a booster seat (so he could look out the window).  He weighs too much for all the single boosters so I had to buy a double one (you know, the type someone would buy if they had two dogs sitting in it — even though there will only be one dog in it).  I found the perfect one, white furry/fleecy where he sits (hides his hair) and black on the outside to match the car’s interior. Great safety rating.

It took forever to come, seriously, like over three weeks. When it finally arrived…

We were leaving on a road trip the next day so, yeah, Jake has a pink car seat now. 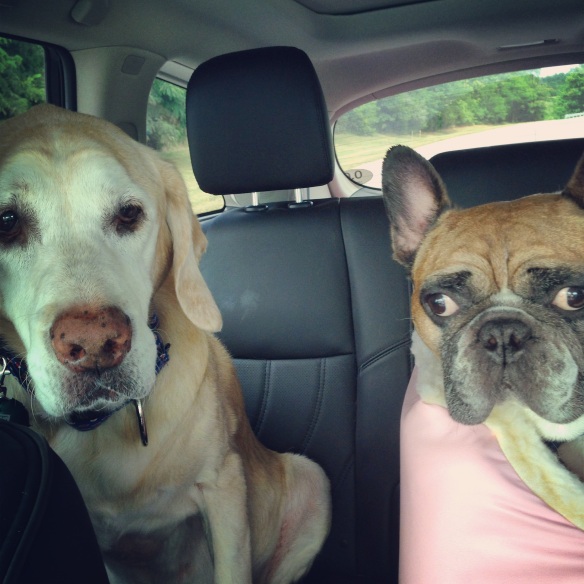