The boys continue to do great!  We had a training session that went terribly but we have recovered.  The only reason I thought a trainer would be a good idea is that it’s a been a while since I’ve had two dogs and even then, Max was at the end and Melvin was a banshee so it’s not even an apple to bananas comparison.  I just wanted a 101 on what was normal dog noises and behavior (between the two) and what needed my intervention.  (Sidenote:  Rough play is not allowed in this house so that was never going to the be the issue).  But any-who, the trainer actually set us back a few days (and set me back one furry, lovely throw that Jake raped with poop during the session).  Ahhhhhhhhh, living and learning.

Christmas was awesome. And challenging.  It’s a full house, gifts galore, food dropping on floor (and being thrown by an adorable two-year-old) and a perfect abundance of holiday chaos.  I spent most of the time a tad on edge being sure Melvin didn’t eat anything and making sure Jake wasn’t overwhelmed, being taunted or causing trouble.  It all went well but it was a bit like being in a mosh-pit with eggs taped to you.  Still, being with family is the icing on awesome so I’d go back and do it all over in a heartbeat.

Now that we are home, we start on project, Let’s Lose the Tie-down!  I’m excited to see how this goes.  I still feel like I’ve disrupted Melvin’s life and that causes me guilt.  I know that having Jake on tie-down has helped Melvin acclimate as much as it has helped Jake settle into life here.  I also know taking Jake off tie down is probably going to be more positive for Jake than Melvin.  Oh, there it is, more guilt.  But it’s time.  And we’ll figure it out! 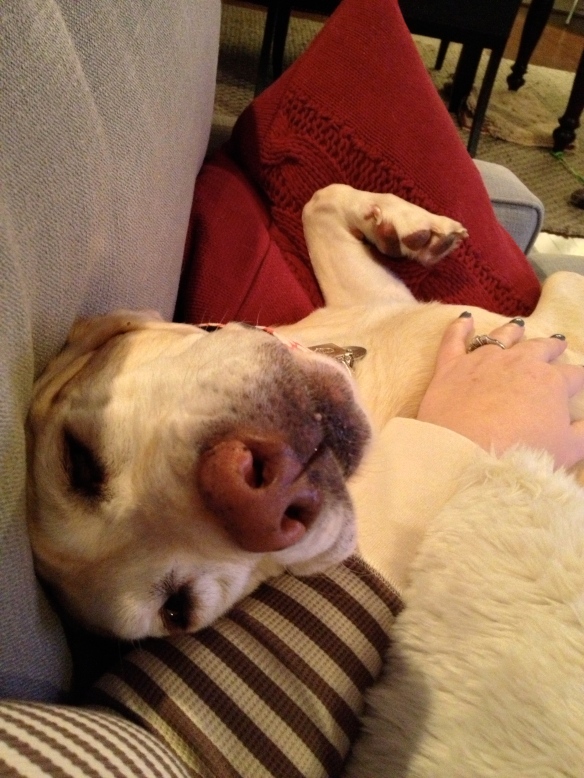 “I think tie-down should last forever.” 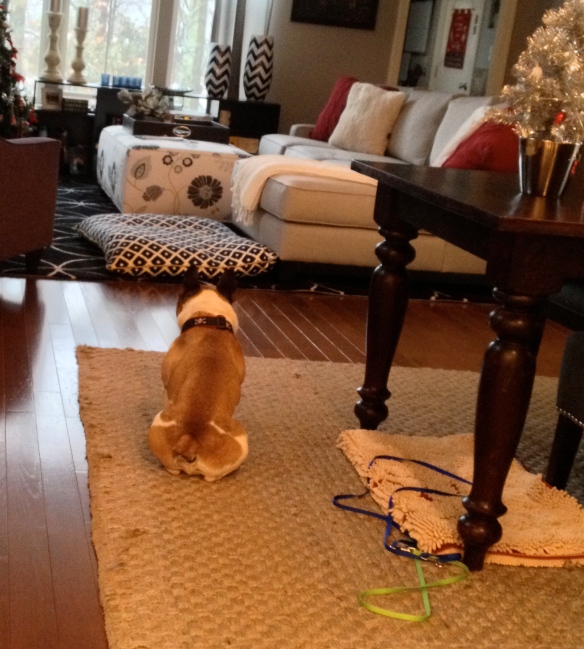 Jake’s first minutes off tie-down were spent like this.