Jake is very sensitive to temperatures lower than 70 degrees.  He shivers on our walks and people pull over to tell me he’s cold (as if I didn’t notice he was shaking uncontrollably).  So I bought him a sweater.  And then another, Then a jacket, then four more jackets.  NOTHING FITS HIM.  It took eight jackets before I found one that worked with his odd body.

He is impossible to shop for.  I usually don’t use the ‘I’ word (especially in the same sentence as shopping) but trust me on this, nothing fits him.  He should be a medium. The length of his body is medium.  But his head is borderline XL, his neck is definitely a large and don’t get me started on how wide his chest is compared to his teeny tiny waist.  If I buy him large, it drapes behind him like a bridal train and hangs below him and he pee’s on it.

So I decided to try a sweatshirt for when he shivers inside the house, that way I could adjust it (read cut it up with scissors) without it unraveling (yes, sweaters unravel if you cut them, trust me).  I thought I found one that worked well (even though I am pretty sure it’s a girl-dog sweatshirt):

But then I found him sleeping like a corpse,unable to put his arm down due to the sweatshirt being too tight! 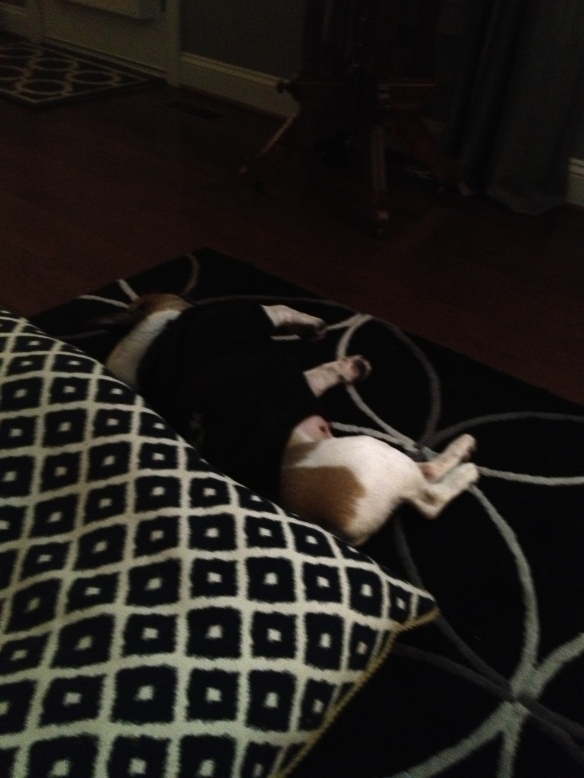 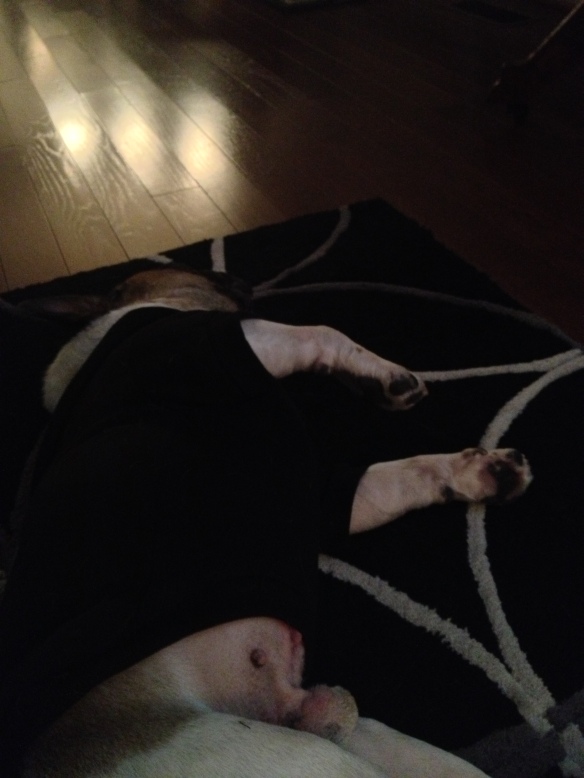 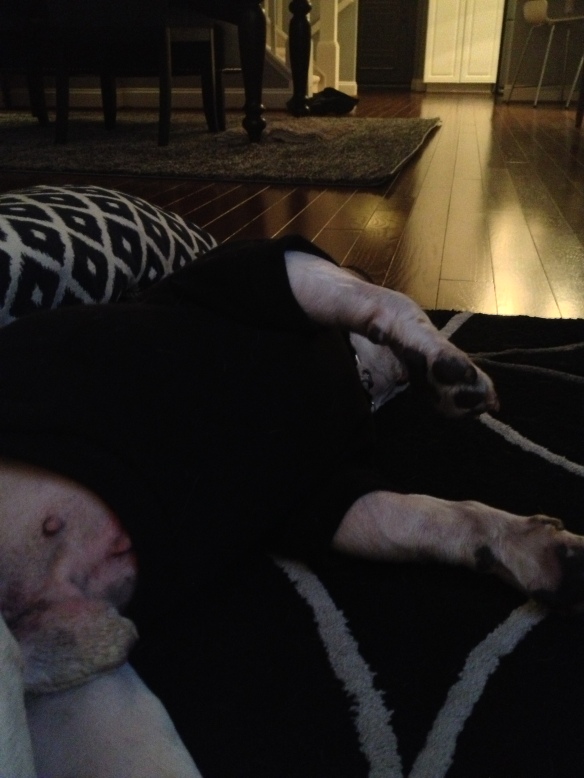 I’ll be measuring him for his Tiennot Sweater tonight!