So many things have changed with Doug this year.

Prior to the surgery, Doug loved the vet. Now he does anything he can to remain in the car when we arrive. His tail is tucked from the moment he walks through the door to the moment he exits that same door. While I get that he had two situations where he arrived at a vet, fell asleep and woke up unable to walk/in pain, I can’t imagine he applies this to every vet. Sure, if he did this only at the surgeon I would understand.  But he does this at our regular vet also. For a dog with ADD, he sure has great memory and focus in this area.

I’d choose to be back in jail over going to the vet. 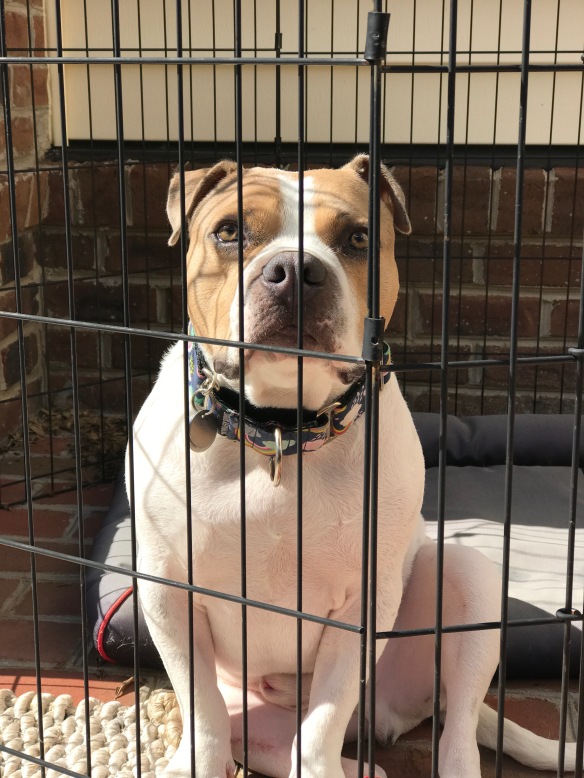 Prior to the surgery, he didn’t seem to mind the cold all that much, he has jackets and hoodies to keep him warm.  But now I’ve noticed that on colder days, he’s not nearly as mobile. He’s stiff and uncomfortable.  I know he has arthritis (there is no having what he had done and not having arthritis) and I have also heard that all the hardware in his legs could ache in cold temps. He’s not even two yet. Focus on the joy, stay positive. At least he can stand and walk! 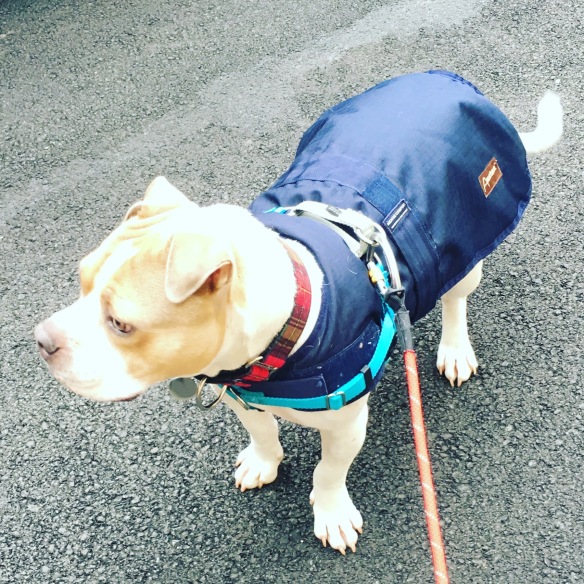 Earlier this year, Doug was doing great with meeting dogs. Then he got attacked by one (he ended up in doggie ER) and he became, less-good. During surgery restrictions, play time was not allowed. I noticed each time that we were at surgeon or at rehab that he was snarly at other dogs, even lunging a few times. I talked to a few people who said that can happen when a hyper dog goes on lockdown. So, I hoped for the best. Now, I am ready to add a dog (or two!) and Doug is still not doing great meeting them. Long gone are the days where I worried a dog could keep up with Doug (or that my house would collapse), now I just want one who he can co-exist with.

Remember when that dog wolverined my nose? 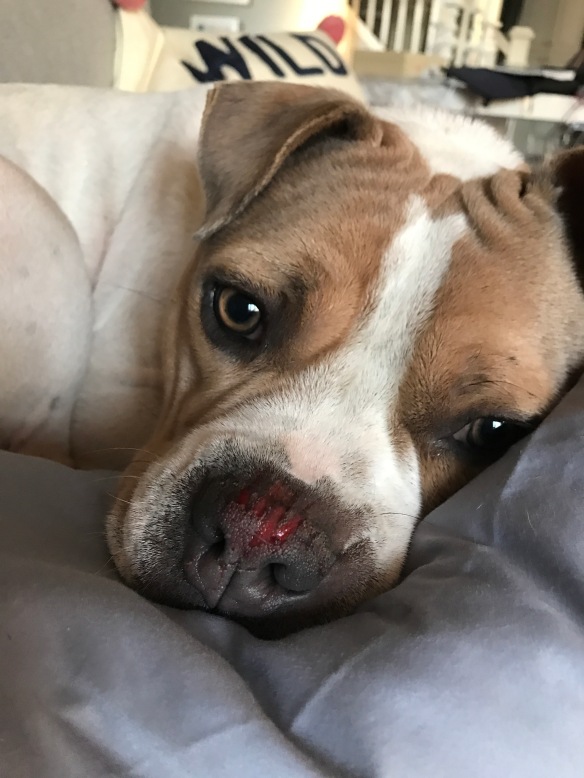 What I know is that he does not do well with dogs bigger than him. And females are for the most part, are not his favorite either. You know who he does well with? Male puppies/male younger dogs (and some male dogs that are smaller than him). Whyyyyyyyyyyyyyyyyyyyyyy? When will I have a dog that shares in my love of big, old dogs? When? No seriously, it is a question.

As it turns out, there are a lot of young dogs in our area in need of a home. There are a likely always puppies/young dogs available and I just never notice them as I go right to older dogs. Ideally, I’d like to add two dogs. I mean I entertain the idea of adding two younger dogs (plus Doug) and I’ll think I can do it and then about 20 min later I’m looking up definitions of insanity and they show a photo of someone with 2-3 young dogs.

Please give me a puppy to play with. 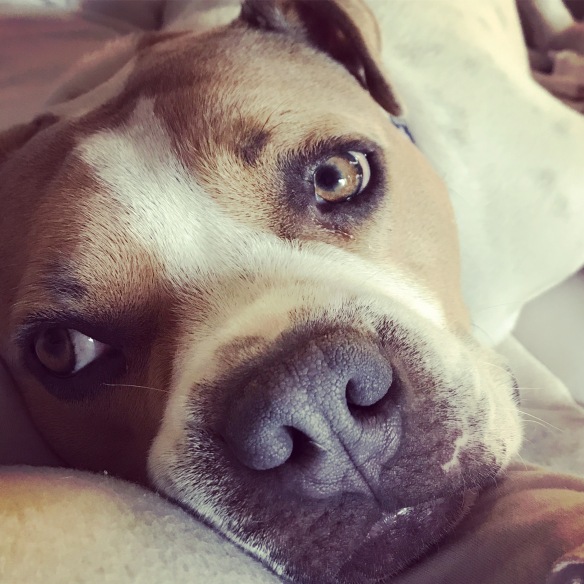