A rescue that I volunteer for, recently had a situation where a younger dog was starting to experience what Jake went through when we first realized he had a spine issue. This dog started losing use of his legs and in a panic, the owner felt they were unable to care for the dog and they reached out to this rescue to take him. The rescue responded and started having discussions with the owner.  They told them they were absolutely open to taking the dog, and behind the scenes, a foster was being lined up. The owner was understandably upset – spine symptoms can hit suddenly and there was the added emotion of having to give the dog up. The rescue made sure the family knew there was no rush, they were there if/when the family needed them.

Before I continue, all I know about this situation is: the family had a dog, the dog suddenly started to have mobility issues, the family panicked and reached out to rescue, rescue suggested a few things the vet should try (pain medication to start), the family and rescue touched base every day for about a week.

Here is what I do not know: what the feedback was from the vet, updates on that were from the owner, but from what the rescue could tell, it sounded so much like what Jake went through and that pain meds were helping.

Instead of surrendering the dog to rescue, the family choose to put the dog down. They told the rescue after they put him down, not before, when the rescue could have pleaded.

When Jake and I came to be, I had no idea he would start to become paralyzed a year later. I only knew he ran funny, his back legs would go in a circular motion when he was running. I just assumed that was how Frenchies rolled. Jake’s paralysis was destiny. There was nothing his first family or his forever family could have done to prevent it. I often wonder if I would have adopted Jake knowing he’d be or if he already was, paralyzed. It’s a hypothetical not worth dwelling on, because similar to Jake’s paralysis, he and Melvin and I, were also destined to be. One way or another, he was to rescue us.

Able body Jake, the day we met him.

The day Jake’s legs suddenly gave out, panic is not even close to what I felt. I had absolutely no idea what I was doing, I had no comprehension of all the terms the vet and neurologist were throwing out to me. I cried for so many different reasons. But the next day, we all got up, and we started figuring it out. 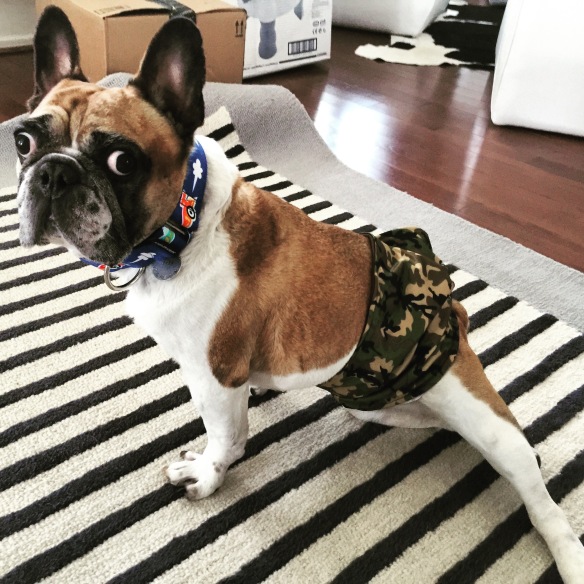 When I read the post that the family put the dog down, a lot of the air around me vanished. Everything started spinning and I had to sit down. My mind started going in so many directions. There was lack of comprehension and information. Grief showed up out of nowhere and gut punched me and my hands became desperate to reach for Jake again. To scream how grateful I was that his first family gave up on him before they had any sort of reason to put him down. The only thing worse than a life that is now without Jake, is a life that never knew him.

I don’t know this family’s story. I only know our story. Our story is about dog named Jake and the family that he made whole. When Jake’s legs gave out that winter morning, I am not the only one who panicked. Jake looked to both Melvin and I when his legs were swimming and Melvin was the first one to make it over to him. He used his nose and front paws to stand behind Jake and push on him so he wasn’t losing footing. I then picked him up. My little family at is absolute finest. 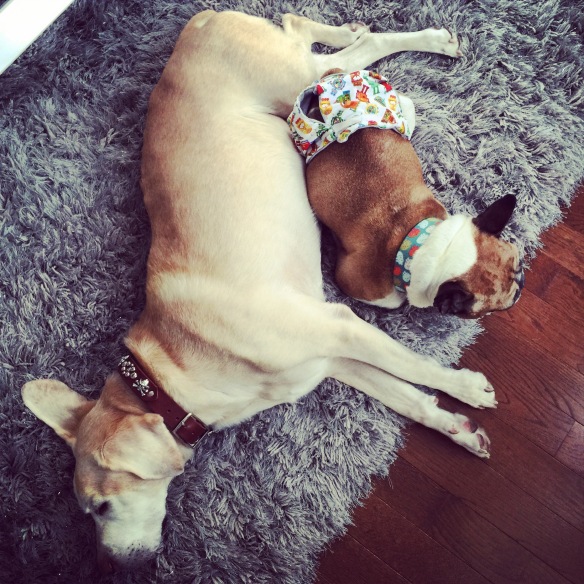 Caring for Jake was one of the hardest roles I’ve ever had. Frustration came knocking daily. Life threw a lot of obstacles in Jake’s way, but we said to every one of them:

Special needs dogs are not for everyone.  And that is ok. But they are absolutely for someone. Jake widened my patience. He taught me about resilience. He gave me the most incredible purpose. Every obstacle, was an opportunity to find solution. We never gave up.

He wasn’t broken, he was perfect.

My bond with Jake is strong and tough and fierce – forever.  I’m sad that family made the decision that they did, because that dog would have saved a person he was meant for. The same way Jake saved me.

12 thoughts on “A cart dog road off with my heart.”