This is the time of year that both Melvin and Jake were diagnosed with cancer. I don’t think about those actual dates as often as I think of all the memories. Warmer days, lingering outside, both of them slowing down during their respective battles. Melvin would be 14 this year and Jake would be 11.

Googly eyed pots watching over us.

As the warmer weather starts to bare it’s pale hiney, Doug is sent into ballistic joy to be outside, with no snow, and the sun shining on his seasonal alopecia spots (which are finally filling in)! He runs out the door as if the sun and warmth are his long lost loves returning from battle. He will stay outside, trying to eat bees, until I have to chase him in.

Bring my food outside, I’m never going back in.

I’m living in the moment with crazy Doug. As we play in the yard and I throw him the ball, I still see Melvin staring blankly at me as I threw him a ball he never once retrieved. I still see Jake ‘running’ the way he only could, in dewy grass, wonky legs dragging behind. I see all three of them, in the same space that is my heart.

Doug continues to make sure I’m coming along on his crusade of zoom. He snuggles like Melvin, he’s as defiant as Jake, and he is 100% like no other dog I have ever had.

Doug has had his fair share of health issues these last few months. We are still working  things out and getting tests done. At one point, liver failure was being thrown around and it would be really easy for me to say ‘it’s likely one of my dogs has this’ but that is not how joy rolls. Joy reminds me to stay in my lane until told to pull over. He didn’t have liver failure. He may or may not have a properly working digestive system. We are figuring that out with a food trial (I’ll do a post on this).

On top of his physical health, Doug struggles with anxiety and fear and hyperactivity (beyond energy).  He is the most outgoing, exuberant dog you have ever met until he encounters a fear and then he is paralyzed and looks to me to get him to safety, or until he runs so hard that he is incapable of shutting off. We are working on those things too. I will share that in a future post also.

A lot of you ask how we choose joy. We do not find joy 24/7/365. But, we do find joy eventually. There will always be grief, and stress, and health challenges and the universe determined to hold us down or kick us.  I don’t see Melvin and Jake as not here anymore,  that they were here, is something I celebrate every day. Doug destroys things that I love and his anxiety is not always easy to maneuver, but that dog is fueled by pure joy so I don’t have a whole lot of time to worry before he is standing on top of me wiggling with delight. Doug (as his brothers were also) is a walking and living reminder that life is unfolding every second of every minute of every hour. I don’t want to miss a single beat of his wild drum. 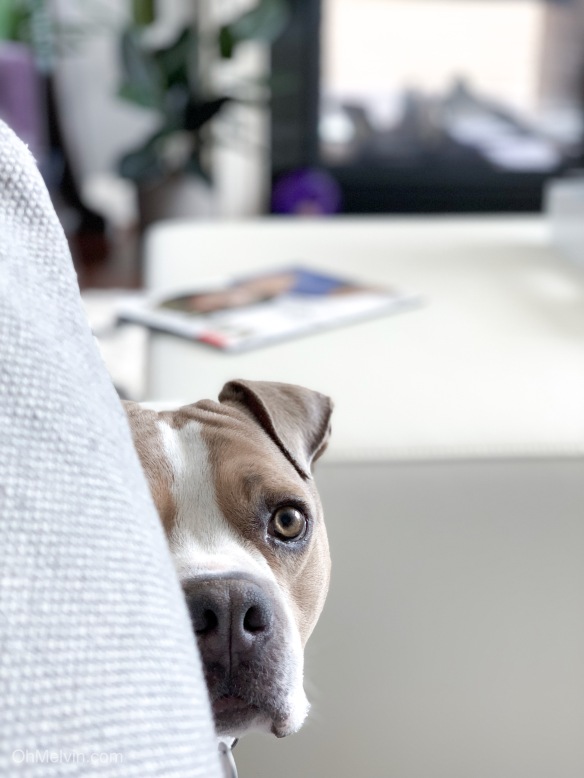