I have never been in prison but I imagine its pretty lame. There is probably a lot of boredom mixed in with a bunch of chores, and a lot of anxiety about being shiv’d or raped.  Those last two are tidbits I learned from watching too much Law & Order SVU.

Doug’s prison time is just the boredom part.  He’s bored. I’m bored for him. And we have three to four more months to go.  Even though WE SHOULD HAVE BEEN F’ING DONE BY NOW BUT NO, HE HAD TO BLOW OUT HIS OTHER LEG TOO.

The update is, boredom.  His leg is healing nicely (from what I can tell). The gag factor from looking at it has gone from a 10 to about a 4. We had to put rehab on hold so that sucks. He’s still on pain meds so he is pretty chill. He was chill during this part last time too.  It’s when he comes off of the meds that he is hyper and hard to implement restricted activity.  That should be at some point next week when his staples come out.

Until then, it’s just a lot of staring at each other and him thinking I’m addicted to dog surgeries.

The day of surgery when he’s like ‘what the? She made me have another surgery? Thanks a lot Mommy Dearest. 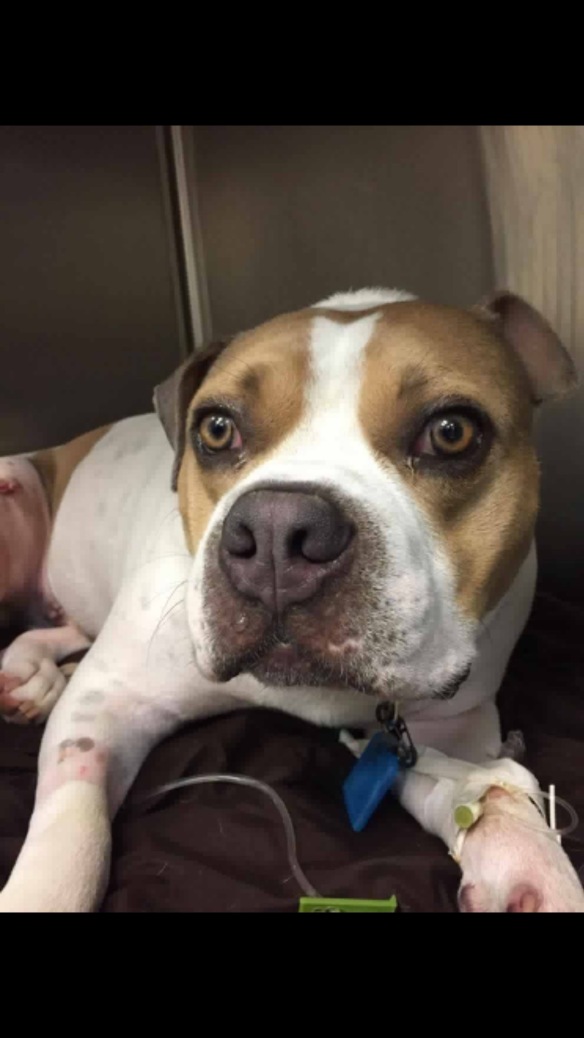 Our cone game is strong. Since Doug eats them. 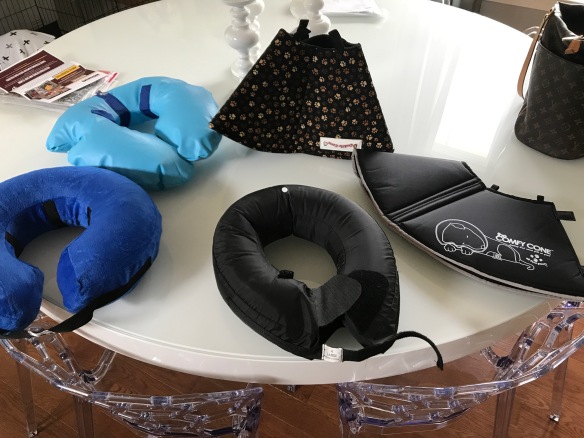 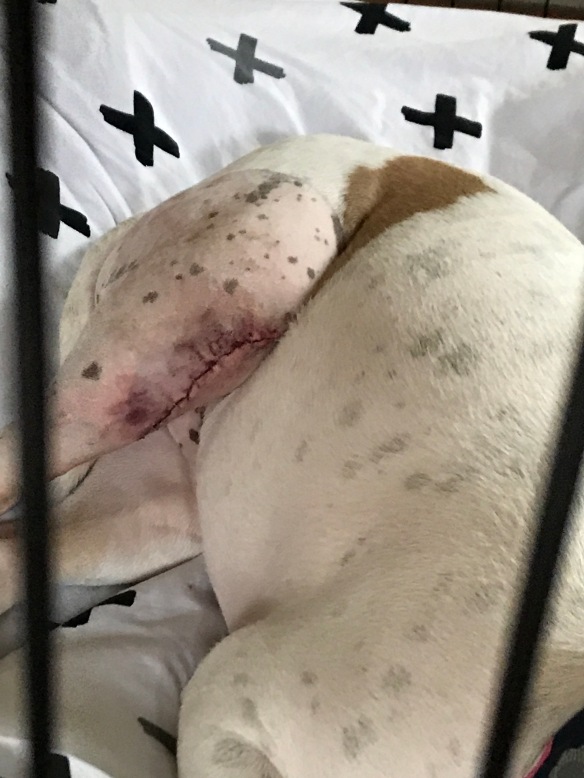 A PSA from Doug: if you are going to do drugs, wear a donut.

That day I was at work and watching him on camera and thought the cone strangled Doug because he had not moved in four hours so I yelled BOO into the camera’s mic. 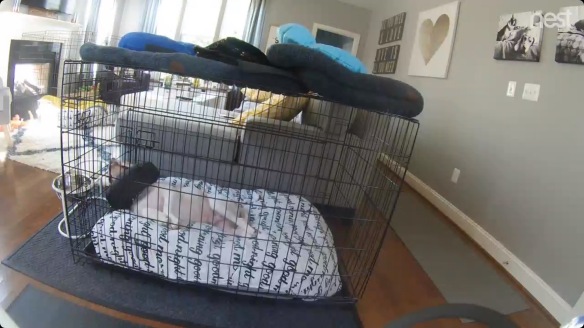 And in this NSFW photo you can see how nicely the other leg (the one closer to the floor) healed up and we are confident this one will too.  He should only be franken legs for a few more weeks! 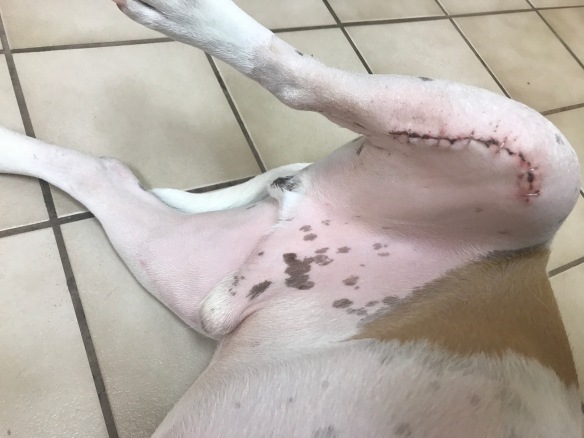 21 thoughts on “Prison life is boring.”