Jake went to be with Melvin three years ago.

Putting it in that context has always made it hurt a little less. I was always meant to find Melvin, and so was Jake.

Losing Jake was so hard, something this community knows very well. Melvin was gone and Jake’s last year was so difficult. His soulmate had left him and he didn’t know why. His beautiful googly eye formed a hole from an ulcer and after emergency surgery, struggled to heal (never forget hamburger eye!). He went fully paralyzed in his hind legs.  He got MRSP. His body had a much harder time fighting infection and then cancer came knocking again, this time with two different types for Jake. 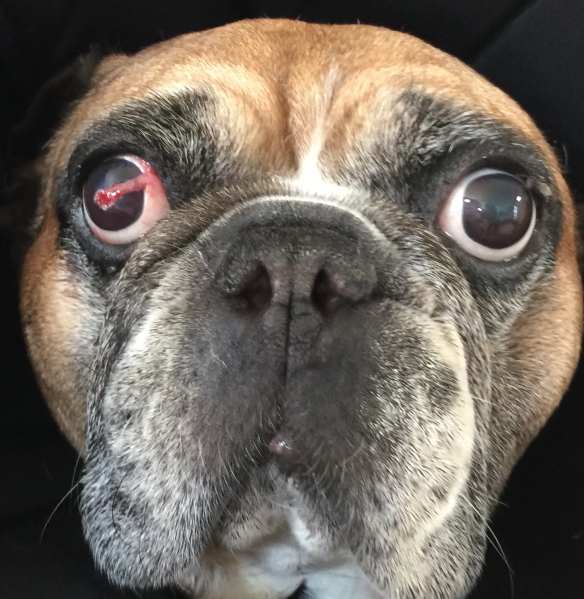 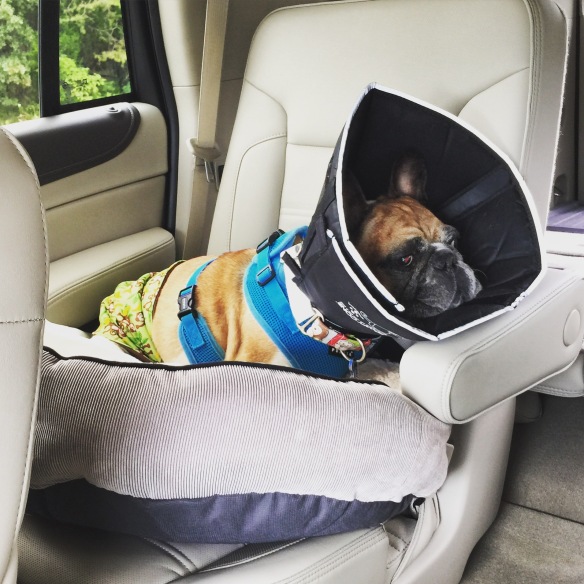 I have conflicting feelings about his last year. He was so lost without Melvin and there were moments, where it was just me and him, that I saw how small and lonely he was without his big brother. But he and I got to have that year together, just the two of us, and I really do believe that is how it was meant to be. He got all the love, something he had never gotten from anyone, ever. 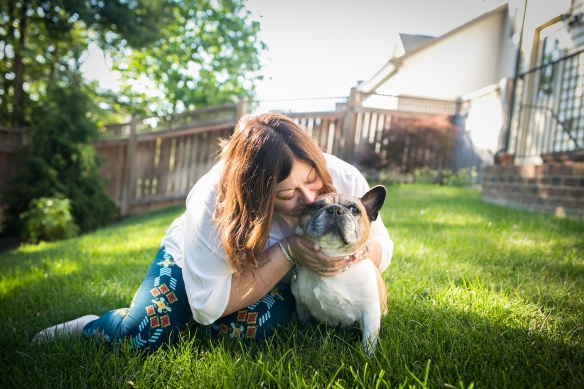 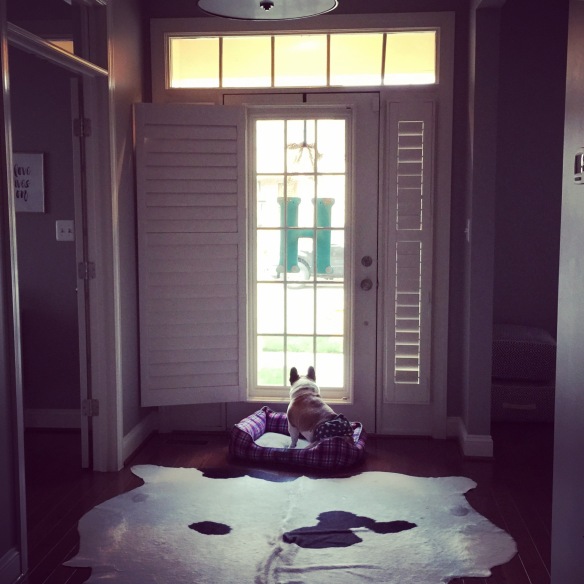 A lot has happened in the last three years, and in some ways, nothing has changed. I said goodbye to Jake and hello to Doug; my little family may look different, but Melvin and Jake are still part of it. Jake is still my baby, I don’t think any dog will ever need me as much as he did. Melvin is my co-pilot and Jake is Doug’s. He is the little voice that whispers inside Doug’s head, some are really good ideas and some are really, really, really bad ideas.

I wouldn’t have it any other way.

Jake told me to do it.

Every year around the time of Jake’s death, I try to find a dog in rescue who needs a cart. It started with Oliver, just before Jake died, and this week, we bought our 4th cart in memory of Jakey, paid with love, for a little nugget named Declan. Declan is about to regain his mobility, and every joyful step he takes with his new wheels, will be more of Jake’s beautiful love living on, and one more step closer to Declan finding his forever.

I am so thankful this wonky-googly-eyed ball of comedy rescued me. I’m so happy to have been chosen to watch over both Jake and Melvin and watch their love grew. They brought me more happiness than I could ever explain! If you ever ask my advice on how to navigate all of  life’s beautiful and soul crushing moments, my response is always: Be the joy. So this week, in memory of someone who’s love should live on, be the Jakey joy. I promise, you won’t regret it. 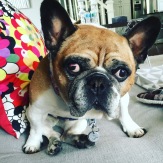 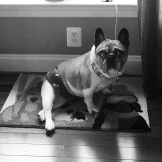 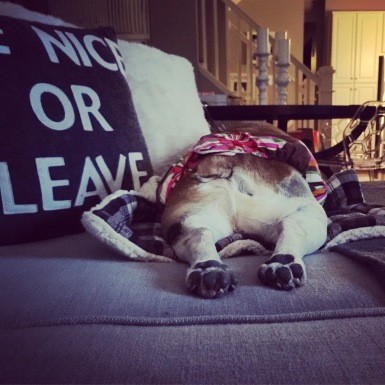 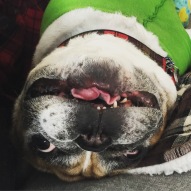 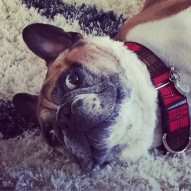 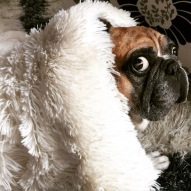 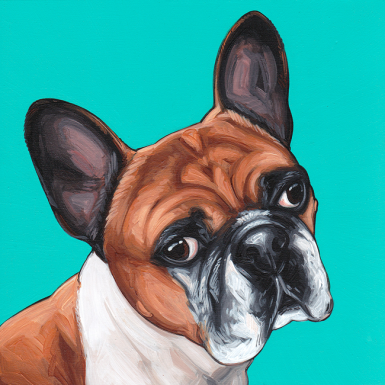 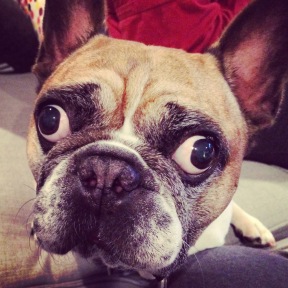 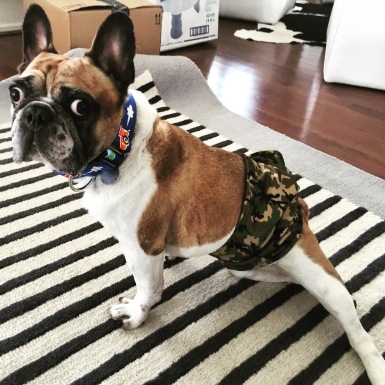 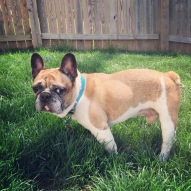 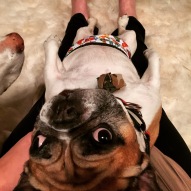 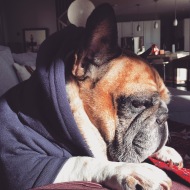 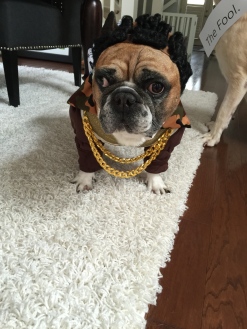 I didn’t want to share the update on Bob. The last time I saw Bob was late March. I started getting very worried and reached out via our neighborhood Facebook pages for folks to be on the lookout for him. There were no reported sightings.

I reached out to the Cat Coalition that had helped me trap both Bobs, and they sent word out to their contacts. Nothing. They thought it would be odd behavior for him to move on his own. I took that as they felt he was gone (in the bad way). They had other theories, that were very depressing. I blocked those out.

I called the shelter. Nothing.

I put up an outdoor camera to see if he was coming by at night. I only saw a raccoon. And even the raccoon stopped coming. Was the condo no longer a 5 star abode?

I still put food out, every night. I also cried, a lot.

I have spent my whole life allergic to cats so I have never really had deep feelings for any. I basically saw them as a health threat. But then I rescued Bob’s mom, Bob(1) and she was a total bitch who hissed at me and pretty much terrified me on a daily basis but for whatever reason, I got her. She stopped coming by shortly after I took away her reproductive rights.  That seemed fair.

Then Bob’s son, Bob(2) started coming around. And he was sweet and gentle and he stared into my soul from the bushes. And after his man-parts were rendered inactive, he still kept coming. And I bought him condo after condo and the best food and when I saw him in the driveway I would run out and put his natural flea and tick preventative drops in his food to try and give him the best chance at joy. And he’d let me get pretty close and that was close enough because the ER bores me. 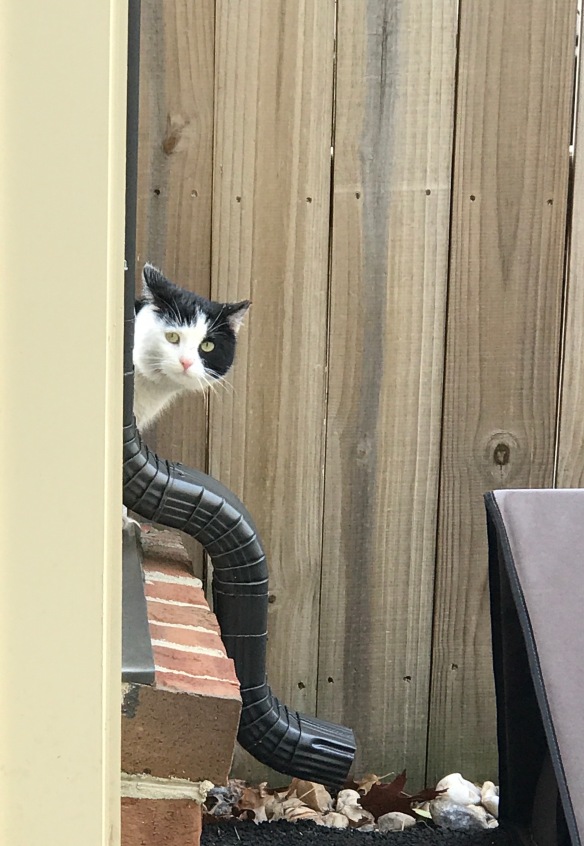 I mourned my boy Bob for several weeks. I  had come to love a feral cat. I couldn’t believe it but I was a cat person. Well, a dog person who happens to have a feral cat that they are allergic to but that is pretty much the same thing. I kept putting food out, and some nights it would disappear and I was a little hopeful, but also just glad some creature was being fed.

Yesterday, I got an alert on one of the posts from FB that a neighbor (who knows Bob) said her husband had seen Bob in their yard and he even drew a photo to show what the cat looked like, and as the cat mom of Bob, that IS BOB!

Could it be true, my cat Bob is alive and back???!!!!! Then another neighbor saw him and hot damn if I am not a crazy cat person again who in fact does not have to deliver the news of Bob(2)’s death!

Bob is alive! And Doug could care less. And yay for JOY!!!! All is right in our world.